Anthony and Adrianne’s ultimate vision for AJ’s is to lead the way in sustainable cannabis cultivation and innovation. Every day they and their team are striving to remove the stigma that sun-grown cannabis is inferior to indoor-grown.

Together with the world’s sharpest and most dedicated family of farmers, harvesters, trimmers, and other staff, they run a clean, green, Earth-centered cannabis farm, bringing joy to the masses from Boone, Colorado.

This is their story.

Anthony had always been athletic, and never though he had a reason to try cannabis. In college, his roommate smoked cannabis and the two were always at odds about it – though drinking was perceived as just another part of college culture. Eventually, Anthony was offered a joint by a friend, and from that day forward, steered toward a lifestyle of wellness. 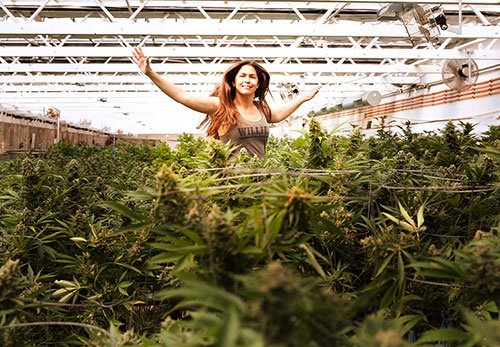 Adrianne fell in love with the cannabis industry shortly after graduating high school while on a backpacking trip across Europe. Adrianne stopped in Amsterdam to be a judge in the 13th annual High Times Cannabis Cup. As a judge she visited dozens of coffeeshops to try their finest cannabis. During this time the first medical dispensary Berkeley Patients Group opened their doors in CA. Adrianne knew one day soon she would make her way out west to join the movement.

In 2004, just after moving from Maui to Colorado, Adrianne found her partner in life – Anthony.

Adrianne quickly realized that though Breckenridge was beautiful, it would not be her final destination; she couldn’t survive so far from the ocean. Anthony, however was a mountain man, and needed his snowboarding fix. Anthony and Adrianne both had a strong desire to be in the cannabis industry that was picking up steam in California at that time, so they filled up their truck with all their earthly possessions and moved to the north shore of Lake Tahoe.

Anthony and Adrianne got their medical marijuana recommendations from the nearest cannabis doctor – two hours away in Sacramento. The two began learning as much as they could about growing cannabis in an organic way, and designing the ultimate cultivation system. Anthony started working as a consultant, bringing his style of growing and plant genetics to friends in Lake Tahoe. 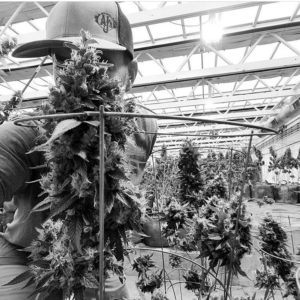 Through operating Tahoe Herbal Care, Anthony was able to meet some of Northern California’s top growers and learned how each designed their unique grow space. Anthony became consumed with creating the perfect high-elevation environment to grow cannabis year-round, while still using light from the sun. The idea for AJ’s Farm was originally conceived there, in California, when Tahoe Herbal Care rolled shake into joints and sold them in packs and cartons.

At the time, virtually all of California’s cities and counties seemed to be ignoring medical marijuana, and still hadn’t created ordinances to zone legal businesses. So, Anthony and Adrianne entrusted Tahoe Herbal Care in new hands, loaded up their three kids, and headed back to Colorado to perfect their craft and follow their passion in farming.

With the help of their business partners, Anthony and Adrianne bought land outside of Pueblo, CO and the cultivation design company GroGeo was born. GroGeo built Anthony’s dream grow room, and has been perfecting it ever since.

Once Anthony and Adrianne were able to establish residency in Colorado, they got their retail cultivation license and the dream of cultivating under the AJ’s brand was reborn. The rest is history, as their high quality strains are now well-known in the United State’s most mature legal cannabis market. 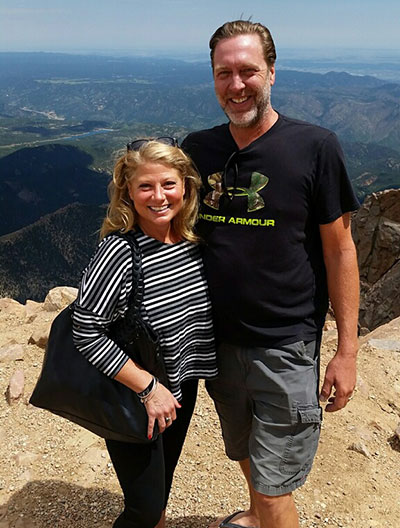 Bruce and Mariena (Toni) Draeger are North Dakota natives who had lived in Minnesota for the last 20+ years before moving to Southern Colorado in the summer of 2014.

They have both spent the better part of 25 years in the residential real estate and title industries holding positions in sales, director of marketing, management and various other roles including entrepreneurs of a start up mortgage and title company called Northern Lights Mortgage and Northern Lights Title.

At one point they were responsible for over 100 employees and several branch offices that resulted from Bruce and Toni’s encouragement of their key employees to advance their careers and take on additional responsibility. Having negotiated the whirlwind of regulatory changes as well as the epic housing collapse in 2008, Bruce and Toni adapted to the market by re-positioning themselves into other roles – Bruce spent 5 years cleaning up the mortgage mess at Wells Fargo and Toni accepted a position with in Thompson Reuters Find Law division.

Since moving to Colorado both Bruce and Toni have enjoyed hiking and exploring the incredible landscapes all over this beautiful area of the country. When they are not working the farm Bruce and Toni can be found embracing all that life in Colorado has to offer with their family.

Jesse is the lead grower and cultivation manager for AJ’s Cannabis in Boone, Colorado. He grew up in a family with a long history of farming in southeastern Colorado, and is also a second generation cannabis cultivator.

He has been growing cannabis since the early 2000s, and part of Colorado’s legal cannabis industry since its inception. He successfully designed, built, and ran several other diverse grow operations prior to landing at AJ’s Farm.

Fluent in all types of cultivation, his main passion lies in creating sustainable systems and unique processes around living organic soil. Jesse is currently learning about Korean natural farming practices, developing his own methods, and bringing those practices to scale for AJ’s – making our cannabis even more natural and sustainable than it already is.

Software by Green Marimba
You must be 21+ to enter

You must verify that you are 21 years of age or older to enter this site.